Darren Edwards Shares His Short-List of Reading Material about Turkey

When researching investment opportunities in Turkey, it’s very helpful to glean as much information as possible about the history, culture and current political and social climate of the nation.  An excellent means to accomplish this is by reading a broad scope of material, including sources from both fiction and non-fiction.  Darren Edwards of Luxury Property Turkey has put together his favorite books which are set in or are about Turkey, to gain insight into the rich texture of the Turkish nation and the underlying currents which formed the fabric of modern Turkey. 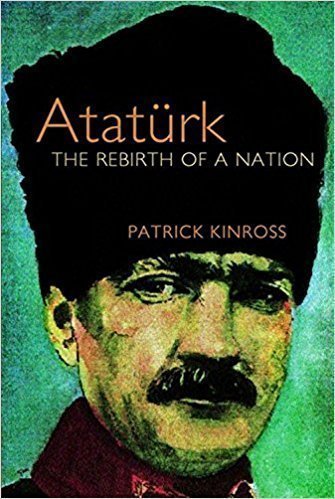 If it’s one book to read about the transition of the crumbling Ottoman Empire to the modern, secularist country of Turkey through the vision and actions of Mustafa Kemal Ataturk, this is it.

2. Under the Shadow by Kaya Genç (non-fiction)

Published in 2016, renowned author Kaya Genç explores the dividing factors of what constitutes modern Turkey.  He explores secularism, the role of religion, the highly educated but unemployed university graduates, the participants in the recent Gezi Park protests, and of course, the powerful Kurdish minority and their role in the political process.

3. The Bastard of Istanbul by Elif Şafak (fiction)

Author Elif Şafak faced up to three years in prison for her views presented in this novel, with a national prosecutor claiming that she had sympathies towards the purported Armenian genocide through her characters in the book.   Eventually acquitted from the charges, she continued to explore taboo subjects in her other novels, including ‘’The Forty Rules of Love.’’

4.  Portrait of a Turkish Family by Irfan Orga (memoir)

An excellent description of a well-to-do, aristocratic Turkish family during the early 20th century, and the eventual demise and polarization brought on by war when the family structure ruptures.

5,  The Museum of Innocence by Orhan Pamuk (fiction/memoir)

One of Turkey’s most prolific contemporary writers, Orhan Pamuk again uses the sensory richness of Istanbul’s colors, smells and neighborhoods as the background for an unusual, one-sided love story between a wealthy narcissist and the unavailable shopkeeper whom he desperately desires.

Written by American archaeologist Peter Throckmorton, this book is a vivid account which reminds us that Anatolia was host to many civilizations prior to the establishment of modern Turkey.  Throckmorton uses the discoveries of centuries old shipwrecks found along the coastline of Aegean and Mediterranean Anatolia to explore the civilizations and people that traded across the Mediterranean basin for centuries, and reveals what their precious cargo tells us about the lives of Scythians, Dorians, Greeks, Persians, Levantines and Ottoman civilizations.

7. Turkey Beyond the Meander by George Bean (travel guide)

Barbara Nadel’s intimate expertise with Istanbul means that her crime novels are incredibly accurate as she weaves elements of Turkish culture and society into her ‘’whodunnit’’ series of books.

The author of Captain Corelli’s Mandolin returns to intertwine historical fiction with actual events through a series of chapters that switch between history and storyline.  Set in the now abandoned ghost village of Kayaköy near modern Fethiye, the book explores the results of the Greek-Turkish population exchange in the 1920s, and the social ramifications thereof.

Your Personal Guide to Dining On the Bodrum Peninsula, by Darren Edwards

With the new citizenship program which began in Turkey last year, investments for a minimum of...

After a 3 year hiatus, visitors to Turkey are returning as consumer confidence has returned with...

Turkey has always been the gate between East and West, and nothing proves this more than the Aegean...